Certain ios apps just constantly crash momentarily. Whenever they crash, it could be for different reasons, and no matter what these reasons are, there are usually ways of preventing them and fixing them as well. Aside from the apps, even the iPad, in general, crashes every once in a while. And although these crashes do not happen on a daily basis, it’s just understandable and normal that sometimes they do happen.
Some apps crash whenever there’s a new iOS update, and to remedy this, you just have to download a new and free app in order to refresh some settings and everything would return back to normal. Whenever the iPad freezes, all we have to do is to perform a hard reset, and when the iPad turns on again, everything just goes back to normal. It’s nothing to get worried about.
Of course certain app crashes would just happen and would get more frequent than normal. This time, these crashes could start bothering us, but even these crashes could easily be remedied by simply removing the culprit app altogether. No biggie, right? However, crashing becomes problematic if it’s either the iTunes or the App Store is already crashing.
In this post, we’re going to try and shed light on the different issues that the App Store could encounter; and if you’re already encountering them, some fixes that could remedy these issues.

Here is the Solution for iPad App Store Crashes 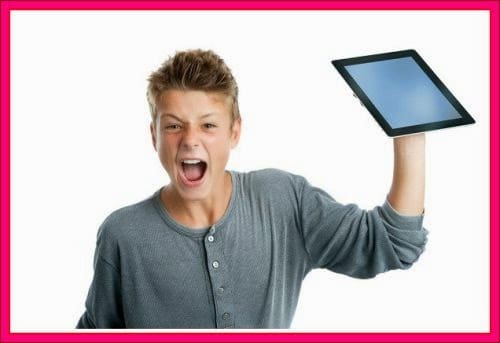 Well, there are times that your App Store could just force close you and bring you back to the Home screen. When this happens, it’s not really that recommended to reset your iPad, as it may force you into restoring it – which could be a pain if it doesn’t allow you to back up your files right? Hence before turning off your device, plug it to your iTunes already and back up. After backing up, then you could proceed with the resets. There are two: the soft and the hard. The soft reset is done by holding down only the Sleep/Wake button for a couple of seconds until the slider to power off appears. The hard reset on the other hand, is done by holding down not only the Sleep/Wake button but the Home button as well. Ignore the slider in doing this and just let the iPad do its thing. If, at the moment it turns on, it asks you to perform a restore, then do it. All of your files are backed up already anyway.
The other issue that the App Store could encounter beside this ipad app store crashes problem, is that it wouldn’t recognize the apps that you have already purchased. Don’t fret and don’t repurchase your apps. This is a server problem by Apple. Just wait it out. Close you App Store app and just check it out every once in a while to see if Apple has already figured it out. Better yet, leave the App Store and just leave the app surfing and updating for tomorrow.
Just keep in mind that even the App Store has its own share of crashes every once in a while, and usually it’s not really the iPad’s fault, or your fault as the user, for that matter. Sometimes, it’s just Apple’s fault. Whenever this happens, again, the best thing to do is to wait it out.