Skip to content
Homepage / ipad / Can Heat Damage Your iPod Touch, iPad or Your iPhone?


iPhone, ipod touch or ipad heat damage – AppleRepo, Many people know that water damage is just about the worst thing that can happen to your ipad,  iPod Touch or your iPhone. But many have wondered if excessive heat can also damage the ipad, iPhone or iPod Touch. Leaving your device exposed to extreme heat is actually easier than it sounds. Maybe you’ve gone grocery shopping on an extremely hot day and have left your iPod Touch in the car. Maybe you work on the line in the kitchen or a factory, and have your iPhone in your pocket all day. However your iPhone, ipad or iPod Touch becomes exposed to excessive heat, the question is: will it do permanent damage?

Well, the answer is both yes and no. No, heat won’t do the same kind of damage that water will do to your device. So if you leave it in your car on a hot day, you most likely will still be able to use it as normal when you get back in your car. And leaving it in your pocket, even under extremely hot conditions, most likely won’t cause any real harm either. But, there are some parts of your iPod Touch or iPhone that are sensitive, and can be damaged. If these parts become damaged, then you might lose your iPhone or your Touch for good.

One of those parts is the battery. Many people say (especially online, I’ve found), that you can throw your iPod, iphone or ipad into a 500 degree oven and leave it there and it will be fine. That’s not true at all, and should never be tried. Unless you’re trying out a new recipe that includes some of your favorite music. This would melt the battery and most likely, all the other parts of the iPod Touch and iPhone as well. 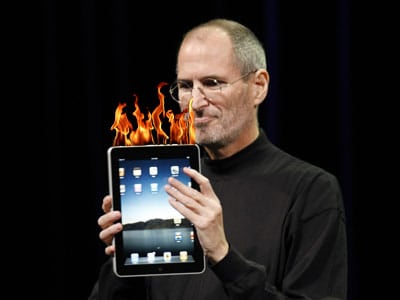 The plastic casing is also highly susceptible to heat damage and can easily melt and warp if you leave it under extremely hot conditions. In this case, even something such as leaving your ipad,  iPhone or your iPod Touch out in the sun might be enough to warp or damage the plastic casing and the screen on your device. Some users have reported seeing a black mark at the bottom of their screen that won’t go away after leaving their device in the sun, while others have reported wrinkling and warping in the plastic case.

READ:   Customize the Lock Screen of Your Jailbroken iPhone

Always take precautions and try not to leave your iPhone and ipad in extreme heat to avoid ipad heat damage. If you need to leave it in the car on a hot day, leave it in the darkest, coolest spot possible such as the glove compartment. As long as you’re careful and use common sense when it comes to heat damage and your iPod Touch, then you should be just fine and have a device that works, each and every time.