Looks like Apple has vowed to create magic and mesmerize its customers every time it launches something new. iPod Touch is a little confusing at first glance. It looks like an iPhone, but it’s not a phone, and it lacks other iPhone features, such as a camera and Bluetooth and other features that a basic phone would have. And, while the iPod touch neither looks nor acts anything like a traditional iPod, what is surprising and confusing is that it has just one-tenth the capacity of a classic-sized iPod. With iPod touch in hand, and with music, TV shows, and thousands of paid and free iPod apps in iTunes, you can make your life more fun and entertaining.

One thing that is present is Wi-Fi, which helps provide web access via a special version of Safari and a YouTube application, but email is conspicuously absent, which everyone would be looking forward to and would miss with this facility.

As expected, the iPod touch has a multi-touch screen and takes your experience to the next level. The multi-touch interface starts with a single button, and then the rest is up to your fingers. Apart from text entry, multi-touch is smooth and elegant. With a long list, or a series of photos, or a stack of Cover Flow albums, you can flick and toss the virtual object, which has mass and drag and feels uncannily natural.

iPod touch games and free apps for iPod touch are nothing short of amazing. And the iPod touch App Store is where you’ll find them all.

The world’s best developers are taking advantage of groundbreaking technology, including multi-touch, the accelerometer, real-time 3D graphics, and 3D positional sound, to create games and applications made especially for iPod touch, iPhone, or iPad. iPod touch owners can buy paid apps or download free iPod apps by browsing the iTunes store. So whether you’re a gamer or into something else — chatting, social networking, news, sports, finance — there’s bound to be something just for you.

One can dig into a variety of iPod touch apps to suit their variety of uses. Though Apple develops its own iPod touch applications for its devices, it also allows third-party applications. You could browse the iTunes store and buy your desired app or get tons of free iPod apps in the store.

Where to get Free Apps for iPod Touch?

The only official channel to obtain free iPod touch apps and good, free iPod touch games is Apple’s iTunes Store. The App Store application, available in all versions of the iPhone OS from version 2.0 (or Software Update 2.0) onwards, allows users to browse the paid and free iPod apps, iPhone apps, or iPad apps from an online repository with the iTunes Store. This process is as simple as ABC. To develop such software, a software development kit (SDK) was officially announced on March 6, 2008, at an Apple Town Hall meeting. The iPhone SDK allows developers to make both paid and free apps for iPod touch after paying a fee to join the development team. The developer can then set the price for the iPhone or iPod touch apps they develop and will receive 70 percent of the sale price. The developer can also opt to release the iPod application for free and will not pay any additional costs.

Then, after you have created an iTunes account, you can start browsing thousands of paid and free iPod touch apps in the iTunes apps store. If you create an iTunes account without a credit card, then I assume that you only need to know what are the best free apps for iPad in the store. To help you out on this to get the best option for good, free iPhone apps, then please take a look on the top 100 free iPod apps below… 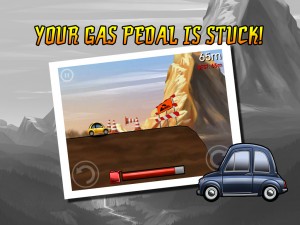 * Use google.load() to load the AJAX Feeds API

* Use google.setOnLoadCallback() to call loadFeedControl once the page loads

Listed below are New Release of free iPod touch Apps:

Listed below are New Release of Free iPod Touch Games:

Shortly after the iPod touch was released (iPhone OS version 1.1.1), hackers were able to “jailbreak” the device through a TIFF exploit. The resulting application, “Installer.app”, enabled the user to download a selection of unofficial third-party iPod touch apps. Some of these give the user more control over the iPod touch than is officially available, and also makes it work on Linux operating systems. All subsequent versions of the iPhone OS can be jailbroken. Servicing an iPod touch after jailbreaking or other modifications made by unofficial means is not covered by Apple’s warranty.

There are, as usual, two ways to use and download good, free iPod apps and free iPod touch games. One is the official way through Apple’s registered website, and the other is through other websites where you can get a cracked application which may or may not work. The only method to get free iPod apps is from the net, and being self-sufficient is best; otherwise your local electronics store guy can also do it for you.

Through the Apple Store, downloading applications to iPod touch is easy. Just tap the app store icon, browse the categories that interest you, and then download your purchases wirelessly. Some are even free. There are many free iPod apps, iPhones, and iPads in the iTunes store. Once you own an application, the app store automatically notifies you when there’s an update. You can even shop the app store on your computer, then synch applications to your iPod touch using iTunes. You can clearly see the advantage is that the application you purchase through this website will also get you the updates, but if you download it from somewhere else, you will have to find out about and hunt for the updates yourself.

In simple steps, let’s have a look at how to install free iPod apps:

+ Download the latest version of iTunes and the iPod touch 2.0 Update (see Resources below this article) if you do not have them already.

+ Go to the iTunes Store, click on the “App Store” button in the navigation menu, and find an application you would like to install on your iPod touch. The app store includes both free apps for iPod touch and paid applications.

+ Plug your iPod touch into your computer using the iPod USB cable to begin the synching process.

+ Click on the “Applications” tab in the iPod menu, which will come up automatically after your iPod touch has been connected to your computer.

Though the process at first looks a bit complicated, it is not once you get used to it.

Last, We will try to give you fresh and updated news related to free iPod touch games, free iPod touch apps, and free apps for iPod touch on this site. Please kindly drop your comment/feedback/suggestions to improve this site’s quality. You can write for us here. Just follow the instructions on how to become a guest poster here in our Write for Us page.