Almost all Apple users should probably know by now that Apple’s iOS devices do not support Flash videos. With this, Adobe pushed instead to let their Flash work on the iPad’s rivals – like Android’s tablet for example.

Why exactly doesn’t Apple want Flash for its iOS devices? Well, let’s just say that Flash isn’t just made for other gadgets other than the desktop and the laptop. It’s just not the same. For one, it consumes a lot of energy from the device. This energy could have been saved for other features and functions right? Whenever you use Flash, all of these resources are wasted. Say goodbye to your long battery life.

Another issue is that even with all the advancements and the updates of Adobe, Flash still can’t function on devices as well as how it functions on a regular computer. It’s slow, and it causes freezes and crashes. Apple already has a lot of crash and freezing issues by itself, and letting Flash add up to these is really not an option.

See also  Samsung And Microsoft Teams Up Against Apple 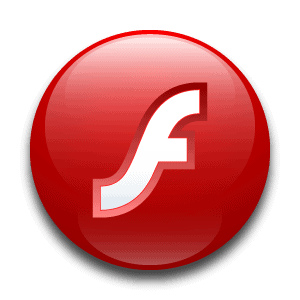 What Flash did, on the other hand, is to try to let Apple realize how wrong they are. Here’s when their strategies came into play, like letting the Playbook by Android use Flash. But, as Apple has expected, what turned out even worked at the disadvantage of Flash, because the issues that Apple had predicted did come true. This just marked the decision of Apple to be correct.

Furthermore, one of Flash’s attacks was challenging Apple to let their devices live even without using Flash – which is what a lot of websites use to play their media. One of these websites is YouTube. There are a lot of ways developed already to bypass this, like converting YouTube videos so that they could also be viewed on the iDevices as well.

Moreover, the time will come that even YouTube would not be Flash-dependent anymore, since they are making moves on converting their videos into different formats – along with the increase of iDevice users. With this strategy, again, Adobe’s Flash lost.

Let’s also stress out that Apple isn’t the only that’s threatening Adobe’s Flash. There are the Javascript and the HTML, are also shaking Adobe’s feet by overthrowing them from their thrown as developers’ favorite when it comes to scripts in developing apps and games.

What does the future hold for Flash now? Not too bright, I presume. We’re going to see a probable extinction of Flash, if they can’t evolve into something better, that is. Let’s keep our minds open though. Anyway, Adobe is not just a small-time company and developer right?

See also  iPhone Drops in Popularity, Is This the End?

We have already seen a lot from Adobe, so chances are, they are indeed creating something new right at this very moment. We also cannot deny the fact that in fairness to Flash, it has also won the hearts of many; and that there were some users that bought the Playbook instead of the iPad just because it supports Flash.

Apple has indeed won for now, but let’s just see if Adobe comes up with a solution wherein both of them wins!