Skip to content
Homepage / ipad / Can't Find App Icon on iPad - How to Fix this?


Can’t Find App Icon on iPad – How to Fix this? – One of the most important parts of your iPad Home screen is the apps icons. It is the gateway to enter the applications that you have downloaded and installed. Without the icons, you’re not going to be able to open your apps, more so, use them. That’s why even the organization of your icons on the ipad screen (or how they are placed) is important according to how you use your apps.
What happens though, when your apps icon gets lost? You know that you have successfully installed a new app but you still cant find icon on ipad. It’s even going to be more nerve-wracking when you have already used the app a lot of times then suddenly it disappears. There are just cases that apps disappeared from ipad. How to find lost icons on ipad? Well, whenever this happens, just don’t panic. You don’t need to download and install the app again, it’s still there. Even if it’s not showing up, its there. 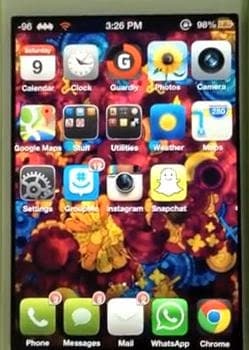 Here are a few tips on how to find your lost app icons. First is, search for it. Press the Home key a couple of times. The Search bar is going to show up. Search for your lost app by name. Your iPad should be able to locate the app without the icon by name. If, for a certain reason, your iPad still cannot find it, then there are two more ways on how to deal with this lost apps icon problem.

READ:   You Want To Know The Reasons Why Your Ipad Gets Hot?

You could use the tips to restore the missing apps icons for iphone below, ehich you could use for your ipad too:

These are the reboots. There are two types of ipad reboots, the soft one and the hard one. The ipad soft reboot is only done by merely pushing the Sleep/Wake button. There’s a slider that’s going to show up. Follow what the slider says: slide to power off. Turn on your device again and see if your missing apps have returned. If you still have missing apps, then here’s the final way to get them back. Hard reset your device. Do this by holding down not only the Sleep/Wake button but the Home button as well. Hold both of these buttons for a few seconds or so. The slider would still appear but ignore it. Keep pressing until the Apple logo shows up.  The device is going to restart. Now once it’s done, your icons should already appear already. If they haven’t appeared still, then there’s only two reasons left: the app didn’t install correctly, or you accidentally deleted your ipad apps.
Post Tags: cant find app store on ipad
READ:   iPad 3 will be launched on March 7