Home » Four Most Common Ways To Break Your New iPhone

Four Most Common Ways To Break Your New iPhone 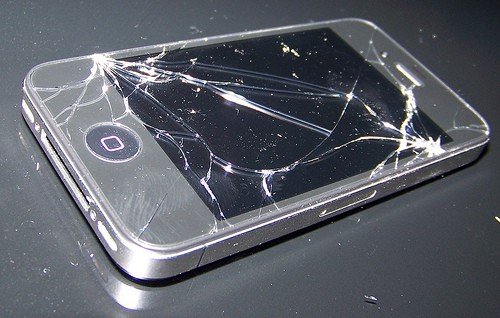 There is no doubt these days that Apple knows how to put out an alluring product, and the iPhone is no exception. With every new release people are literally camping outside the store to spend a large sum of their hard earned cash on this smooth sleek little product. The last thing on most peoples mind when they have their new iPhone in their hands however, is managing to break it within the first week of bringing it home, but if the almost 6 billion dollars in insurance deductibles that has been spent since its introduction is any indication, breaking an iPhone isn’t a very uncommon occurrence. If you don’t want to be one of the unfortunate folks carting your iPhone’s corpse back to the Apple store for an insurance trade in then try to avoid these top four ways of breaking your iPhone.

Putting Your iPhone In Your Pocket With Your Keys

You would think people would have wised up to this one by now, but it is still happens enough that Siri probably has nightmares about it. I don’t think we really need to explain why throwing a large piece of glass in a sack to be thrown around with sharp metal objects isn’t a good idea. Just put the darn thing in your other pocket.

READ  How to Apply Configuration Profile via E-Mail

Getting Your iPhone Wet

There are a whole lot of ways this one happens. Falling in the swimming pool, spilling a drink on it, leaving it in your pants pocket when you throw it in the wash, or even dropping it in the toilet are all real fates that have spelled the end of some poor sap’s iPhone. Since the very dawn of technology, liquids and circuit boards have had an adversarial relationship. This still holds true right up to the newest shiniest version of the iPhone. Who knows maybe Apple is working on the first water proof circuit board right now, but in the meantime just try not to spill your drink on it.

Bumping Into Something With Your iPhone In Your Pocket

This is another oldie but goodie that continues to spell the end of loyal smartphones everywhere. Smashing a piece of glass into a solid object with your body-weight is a good equation to create broken glass. Bumping into things from time to time is bound to happen, and there is not too much you can do to prevent it, but you can give your iPhone a little extra protection by putting the screen facing inwards instead of out in your pocket.

READ  iPhone Quick Tip: How to Duplicate a Configuration Profile

I know this one seems pretty redundant, but it really is the top way that iPhones get broken. The sleek design of the iPhone has always left the less graceful of us in constant danger of seeing that dreaded spider crack after a seemingly innocuous drop. The worst thing about this top iPhone killer is there is no real way to prevent it because no one ever plans to drop their phone and even if you have a case on it the glass can still crack if there is enough of an impact. So I guess you can either duct tape your iPhone to your hand, or take your chances in the big scary world of glass breaking surfaces out there.

Summer runs several blogs about smartphones and iPhones tips & tricks. To get more information and advice on cell phone repairs check out ifixandrepair.com

rosari
« Additional Style and Usability for your iPod Touch: Accessorize
Best of the iPod Nano Gadgets »