As Apple is extending forward to it’s market, it’s also leaving behind and saying goodbye to its past creations. Their iPhone has just won the top place at the recent JD Power Satisfaction Survey leaving it’s opponent at second place with more than 20 points. This survey was held with the different criteria concerning the different functions and basic characteristics of the gadgets like weight, resolution, among others. 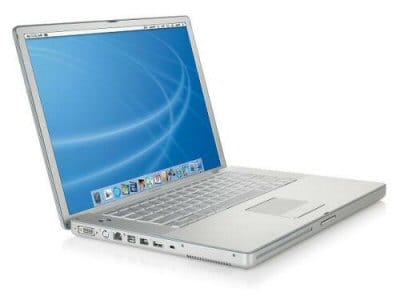 If Apple is continuing to move forward, does it mean that it could actually leave us behind? Apparently so. It has just recently been announced that Apple is not going to release updates for Macs that are older than five years anymore. Meaning, if you have a Mac at home that you have just bought five years ago, it’s going to be exposed to security threats already, if you’re not that careful.

Apple is leaving behind the old Macs in order to give more focus to their newest products and releases, like the iPhone 5, the upcoming iPad 3, as well as the iOS 5. A lot of users are taken aback by this decision of course. Just imagine if you have just spent a thousand dollars or so five years ago, and you’re just about recovering from the damage, and now they’re sort of telling you that you have to get a new one already? That’s no joke especially for those who just bought Macs because they’re Mac.

In any case, don’t worry. If you are one of the old Mac users, then there are actually ways to continue using your Mac, despite the fact that it’s not going to be updated anymore. Here are just a few: first, you can manually delete the DigiNotar Root CA; next, you can also disable Java from all your browsers; and then finally, you can uninstall Flash Player.

Aside from these measures, another resort could be using Windows instead. Here is the comparison. Windows XP has been released last 2001, and it’s going to be updated until 2014. Hence, it’s been updated twice longer compared to Mac. The only problem is, if you buy Windows right now, your pc is just going to be updated for the remaining years before it expires on 2014. However, the pros of getting Windows is that when the time comes that the XP actually expires, then you could just go ahead and upgrade it to the next operating system going to be released. With Mac on the other hand, you cannot really upgrade because their hardware also expires along with its operating system.

Here are just thoughts to ponder on, for all Apple lovers. In terms of time of usage, Windows could be the best one to date. Meanwhile, Apple promises a certain grade of quality that you can enjoy for full five years. The question goes down to which one would you like more? A computer that you can use for a longer time? Or a computer that you can only use for a short time, but the quality is so unquestionable that it tops a respectable survey for six consecutive times?

A mother who loves to write about iPhone, Mac, Ipad, Ipod Touch and even Android