If you own an iPod Touch but are a Linux user, that can be a problem since transferring songs to an iPod Touch in Linux is no easy task. Apple actually made it as difficult as possible for such a feat as syncing an iPod touch to any application other than iTunes to be performed. However, forbidden does not equate to impossible, though even if it is doable, it is not the most efficient or stable process, especially since a restore in Linux in not possible. It will also require that your device is jailbroken, meaning Apple’s firmware restrictions must have already been removed in order for you to install custom applications. The process of jailbreaking is simple and reversible, and the instructions will not be very hard to find over the Internet.

READ:   Have You Experienced Error 2003 in iPod? Learn How to Fix it Here!

Setting up. First, set up your iPod by ensuring that it is already jailbroken. Use Installer.app to install Open SSH and the BSD Subsystem, both of which can be found under the system tab in the Install panel on Installer. Make sure that auto-lock is set to never and that you set a static IP address outside of your IP range, since you will be needing the iPod Touch’s IP to sync with Linux. 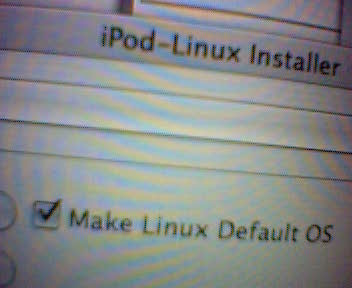 Installing software. Next and more complex, you will need to install the software on Ubuntu, though everything that you will need will be in the Ubuntu 8.04 repositories. Install GTKpod from the gtkpod-aac package, which you will use to sync your iPod touch:
sudo apt-get install gtkpod-aac
Install iPod Convenience which will automate mounting and unmounting the newest iPods:
sudo apt-get install ipod-convenience
When you are prompted for your device’s IP address and a mount point, enter the IP you set as your static IP for your iPod Touch and use the default mount point.

READ:   How To Enable Japanese Emoticons On Your Jailbroken iPod Touch

Syncing. Use iPod Convenience to mount the iPod Touch by running the following command:
ipod-touch-mount
Once you start GTKpod, you can already use it to sync your iPod Touch in Linux.

GTKpod will have no trouble syncing music, videos and photos, except encrypted music files like those from the iTunes Music Store or videos that are not encoded in H.264 with AAC audio and other special settings.

The process of transferring songs to an iPod Touch in Linux is rather technical and complex, but certainly very much well worth it if you have no other compatible operating system to do the syncing with. If you’re pretty new in navigating your iPod Touch and are uncomfortable to try the method however, it would be wise to ask help from one who is already experienced and/or knowledgeable in the process discussed. If you cannot find such person, you can go to your local or nearest gadgets or techie hub for professional assistance.