Home » What Distinguishes apple with Android 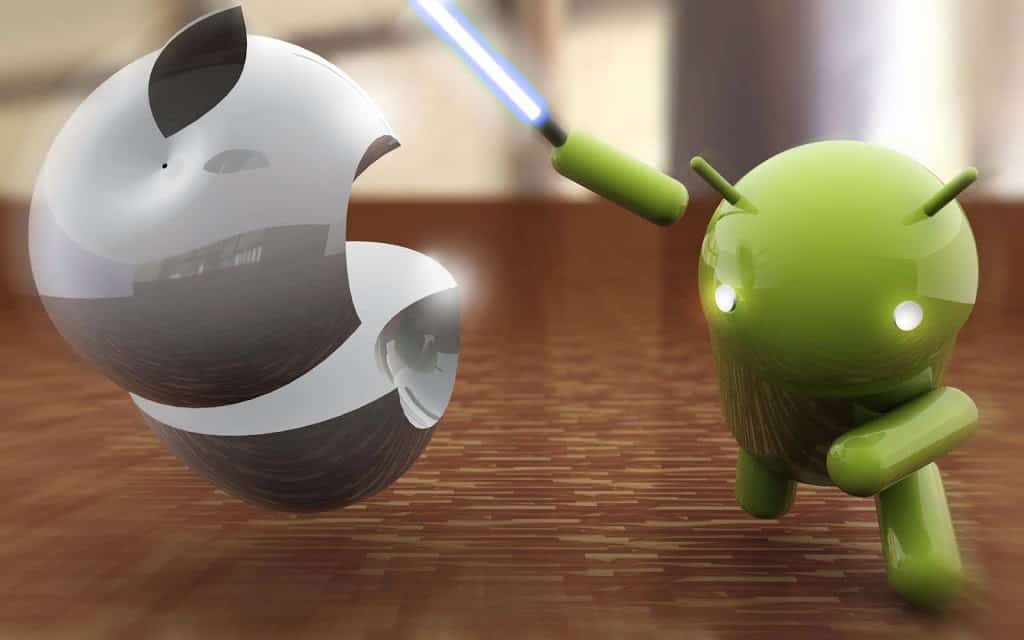 What Distinguishes apple with Android – There is so much wonder and want to know in detail about the differences found in android and Apple, because they can not compete and all won by the android market. What‘s the difference? And what the pros and cons?
The short answer to both questions above is … !First : In terms of OS or Android Operation System carries the Linux kernel that allows the user to tear apart the contents of Android , one with Rooting or Updating to devices in order to become better than before . While the Apple Ios users will simply enjoy the inherent features of a mobile phone factory alone … ! It’s clear right about this ?
Second : In terms of the Application , its Ios Indeed sophisticated but if I think of more sophisticated android , why is that ? as discussed in the first point about Open Source , Android always growing every day due to the upgrade process can be done at any anytime we want . In Apple Ios Application Nothing is free , and although there are rare because most all paid , Inversely proportional to the Android application round Its free and there where – where
Third : In terms of treatment , if you ask me is easier on android … Why ? already discussed above all … ! Android apps scattered everywhere , like automatic anti virus , Repair , Data Backup , so much easier to come by .
Fourth : The terms of the Android lost … ! Android is used by most manufacturers of smartphones while Ios only used by Apple , Apple also wins Triangle Design .
From all the above terms dominate everything Android , Android now ranks first among smartphones . and most users buy products that carry the Android OS .
But why the iPhone still Becomes the Ideal Mobile ? That is because the iPhone is a product that is high class . It was only in terms of prestige alone . why is that ? People will think it’s because we ‘ve got an iPhone means that we are capable or rough terms we will be considered a rich man … ! Unlike the Android that all people can use the wonderful taste and operate sophisticated OS and cheap .
What Distinguishes apple with Android
I hope the information I’ve shared above can help and treat your curiosity. That’s all of the users surveyed!
READ  How to Send Music from iTunes to Android Smartphones?
rosari
« How to Easily Install Android Apps On Blackberry
Researching this magnetism of any one atom »

How to Send Music from iTunes to Android Smartphones?

How to Make Your Own Android Applications