It is finally official, after months of waiting, the iPhone 4S release date has finally been made official by Apple at the latest Apple Events in the Cupertino. There is no iPhone 5 here, so for you that waiting for the iPhone 5 release date, you need to wait a little longer.

iPhone 4S are explained in detail the new technical features, such as the A5 processor, the new 8-megapixel camera with optical image editing and function, and the two antennas capable of alternation, in addition to new features offered by the IOS operating system 5 and icloud. 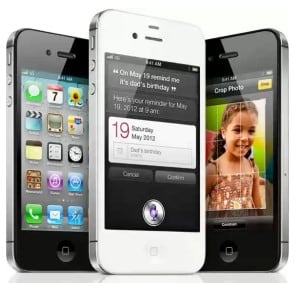 + You could Pre-Order iPhone 4S on October 7, will be available from October 14.

So after you know the iphone 4s release date already confirmed today, and you have look at the iPhone 4S specs above compared with iPhone 4, Is this new iPhone 4S has met your expectations?? Or were you expecting something more? Express your opinion in the comments …