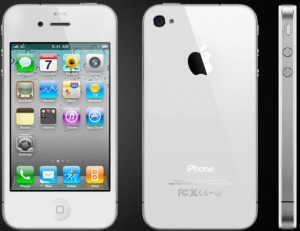 It has already been 10 months since rumored white iPhone came into being that immediately thrilled iPhone users and other technology geeks. This rumor has also been reported in Bloomberg Businessweek naming several sources close to Apple. Moreover, senior vice president of Worldwide Product Marketing Phi Schiller confirmed the rumor in his twitter account, “The white iPhone will be available this spring (and it is a beauty!).”

While it certainly is very exciting for many people waiting for the arrival of white iPhone in the market side-by-side its black counterpart, others just see it as yet another propaganda to cover up Apple’s lapses in releasing the most awaited iPhone 5.

iPhone 5 is set for release in June this year, however, some Taiwanese manufacturers who are the main supplier of Apple for iPhone parts such as touch panels and others said that they are still producing touch panels of iPhone 4 and that they haven’t produced even just a part of the iPhone 5.

The white iPhone, which is set for release several months back, would be a great help for Apple to boost their sales at the start of the second quarter this year and would silence already complaining customers who have been waiting almost a year now for its release.

Steve Jobs announced white iPhone last year but only a few actually think that it will reach this long for the company to let people test it. Although Phil Schiller confirmed it in his tweet that the release would be in spring, already-disappointed customers would even ask which spring is he talking about?

Apple is known for its traditional year-after-year release of new products including iPhone, iPod and iPad. Should white iPhone be released at the end of April, will they release iPhone 5 after two months?