Is your Ipod Touch Pisses You Off?

One reason that could make the iPod user irritated no matter what version, because it freezes from time to time. However, unfreezing the iPod touch is a very simple process. It does vary from iPod to iPod, so find out what version you have before moving on unfreezing the ipod touch device.

If you own an Apple iPod, then you should certainly aware of what an iPod frozen, meaning that you must learn how to unfreeze iPod touch. There are a lot of times that iPod screen goes black and white, and with the control to restore the device to its previous state. Do not panic during these periods, because at the end of the day the iPod is just a piece of machinery. And like any other electronic products, Apple’s iPod sometimes make mistakes. 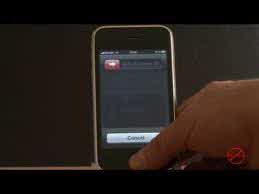 But for those of you just think it freezes, this is the way to fix frozen ipod touch.

One option, if your device is completely frozen and will do nothing, all you have to do to unfreeze ipod touch what is called a hard shutdown. It may seem difficult, but just hold sleep button and home simultaneously for ten seconds. So, your devices are shut down immediately or remain off until you turn it on again.

Second Option to fix and unfreeze your ipod touch, if your device shows the USB drive just like iTunes, you do not need to connect the device to iTunes. Simply hold the sleep button for five seconds, then both at home and sleep until ten seconds then release the SLEEP button but still hold the home button for ten seconds. There you have it, your device returns to its all normal.

If the frozen ipod touch problem persists with the iPod after a while, then you should be concerned because it could be a technical problem. This also applies if you regularly face problems with applications and iPod Touch screen not working. In this scenario, you should take the device to an Apple store and give it to them for repair. It may take some time to return the iPod and even charge you a sum of money to solve the problem, but it is the only possible solution. I hope this answers your entire question and will get rid your annoying frozen screen.