Do you have iPad WiFi Problem?

When a new technology device is released, there are problems for users and developers had forgotten to create the device operating system. This applies to almost all the technical equipment, especially mobile phones. 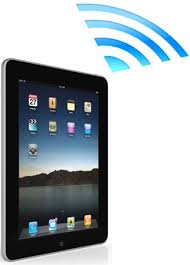 Apple products are known to be a problem in its earliest stage. Operating System Versions of the new users in particular the problems with the games. But the problem is that iPhone users today have nothing to do with the jailbroken devices or not. The problem is that the iPhone does not automatically connect to Wi-Fi available. Apple has acknowledged this problem and your own words what has been defined as:

Under certain conditions, the iPhone does not automatically resume a known WiFi networks after restart or wake from sleep This can occur with some third-party WiFi routers are dual band, which can be anytime.:

First. Use the same network name for each network

Second. Use different settings for each network security

Companies often fail to recognize their mistakes and problems in their products quickly, unless of course they have a solution. Apple’s solution to this problem is that “If this problem occurs, try the following:

Creates a separate WiFi networks, to identify the names of each band. This can be done easily with the addition of one or more characters in the name of the current network.
Make sure that both networks use the same type of security (WEP, WPA, WPA2, and so on). If the problem persists, reset the network settings using the General-Reset-Reset Network Settings. According to Apple solves the problem. We hope this solution works for you. But if you have iPhone users, this problem is continuous, try to share experiences on the Apple forums. Maybe a little help.