How to Fix iPad Screen Rotation Problem? –  AppleRepo, Portrait or landscape? Whichever is your preference, it doesn’t really matter. Your iPad should be able to follow your liking smoothly, but what happens when it doesn’t? How are you going to solve an iPad screen that would not rotate? Don’t worry because here are the solutions to fix ipad rotation problem:

Have you ever tried to watch a movie or play a game on your iPad only to have it suddenly turn itself into a landscape? Or maybe it just freezes up and won’t open at all? If you’re having any of these problems, it’s most likely because your iPad is experiencing a “screen rotation” issue.

You may be surprised to know that this is actually a very common problem with Apple’s tablets. In fact, it happens so often that Apple has even created an app specifically for fixing it. This problem is caused by the fact that the screen is not held in place correctly. It’s not the fault of the user, but rather the device itself. In this post, we’ll show you how to fix the screen rotation problem in your iPad using the iPad Repair Tool. 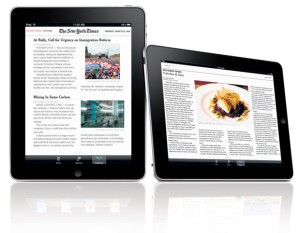 The first solution this ipad rotation problem is to make sure that you haven’t set this setting accidentally yourself. How do you lock the iPad’s screen rotation anyway?

You could access this option through “Settings”. Under “Settings”, tap on “General”. Proceed and look for “Use Side Switch to”. There you will see two options: Lock Rotation and Mute.

Lock Rotation is what we’re looking for. Mute is turning off all audio alerts and notifications only, and does not do anything with the iPod, Videos, and other media apps. Check “Lock Rotation” to enable it.  Now, you can control it via the Home Button. Double tap it.

Look for the Screen Rotation lock button (which practically looks like a small padlock). Tap on it, and when the small lock appears on your screen, it is now locked and would not rotate anymore no matter how you hold your iPad. You can disable it simply by tapping on the small lock.

If you do not see the small lock on your ipad screen and if you have already enabled and disabled lock rotation, yet your screen is still not moving, then there’s only one solution left for this ipad screen rotation problem.

Also check this one, check the screen orientation: Open the Settings app on your iPad. Then, select General. Next, scroll down to the bottom of the screen and tap on the Language & Region. Make sure that the “Rotate Display” option is set to “Automatic”.

If above steps still not fix this problem, you should hard reset or system reset your ipad device. You can simply do this by pushing down the Sleep/Wake button together with the Home button. Hold both of these buttons for a few seconds. Even if the slider appears, just ignore it. Just hold on to both buttons until the Apple logo appears.

This would take a while before the iPad could restore itself to the fullest, but don’t worry. This is just normal. Aside from that, this reset would not reset your settings, preferences, even passwords. Nothing is going to change, nor deleted, so don’t worry.

There you have it, the ipad rotation problem should be fixed now. Your ipad screen should be able to rotate like normal again. The iPad screen rotation is more important than we think it is. A lot of apps are dependent to this feature, hence, not being able to rotate your screen would actually hinder the performance of certain apps.

READ:   3 Valuable Advice If Your iPad Will Not Turn On

Each screen orientation has its own pros and cons. While a landscape orientation could offer a wider screen which is really helpful when you’re surfing the net, or playing Angry Birds, the portrait mode on the other hand, is more helpful if you’re using the iPad on the go and you need to hold the gadget by hand. It’s the same orientation when you want to take pictures, among other things.

In conclusion, there are many ways to solve this problem. The most common is to reset the iPad using the DFU mode. Other methods include restoring the iPad to factory settings, resetting the device, and using a different Apple ID.