While millions of Chinese fans of Apple have complained about the disappearance of Steve  Jobs, some of them have posed the question: why China has not its own “Steve Jobs“? The former vice president Kai-Fu Lee of Google has trying to find an answer. Unfortunately, the solution is not so simple, says Business Insider. Thus, Kai-fu Lee said that one of the reasons that prevent the formation of a Steve Jobs of China is the local system of education that focuses on memory and learning mechanics in place to support critical and creative thinking.

He explained that people are not to blame, because the Chinese are smart enough, and are no lack of potential, considering that there are pioneers like Jerry Yang, Yahoo co-founder, and Steve Chan, co-founder of YouTube. A study quoted by Business Insider, shows that 63.3% of people believe that China’s current leadership as there will be an iconic figure like that of Steve Jobs, and 28.9% of them consider this totally impossible. Only 7.8% of respondents believe that there is likely to form a Steve Jobs of China in the next 20 years. 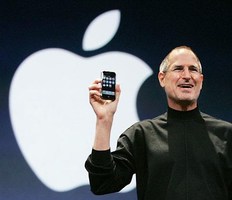 But speaking generally, there are not too many restrictions and interventions for facilitating the development of another Steve Jobs. First, “the feeling of the flock” is more visible than among the Chinese, and those who resist are often marginalized. Secondly, there is no law that is intellectual property – there are innovators who invest time, effort and money to release the products of “genius”, but those products are plagiarized at just few days after the launch.

Finally, the “fight for survival” is so intense that not many people who devote their time to things / acts beyond personal interest. After more than ten years, Apple had problems so great that the return of Jobs in company, in 1997, it already experienced a deficit of $18.6 million for two years in a row. Basically, Apple was on the verge of bankruptcy.

READ:   The Samsung brand is more popular than Apple in Europe