Digiarty Software released a free video & audio streaming app for iphone and ipod touch, Air Playit on July 15. It breaks through the limitation and expands upon the existing video streaming technology with remote video conversion and air downloading, acting as a personal video audio cloud to stream audio & video to iPhone, iPad, iPod over the air.

This Air Playit free video streaming software removes the need to convert, sync and import files from iTunes. It empowers user to stream any video/audio file stored on PC/Mac or in the entire iTunes library over the local network and even through the Internet onto their iPhone, iPad. iPod, as well as stream to TV. 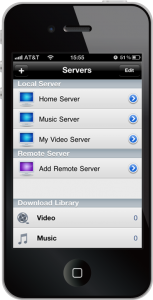 Owe to the build-in 320 diverse videos & audio codec, Air Player iphone apps is capable of processing the conversion during the playback, in real time as you watch. Besides wireless video streaming, it also enables users to perform remote control on those files, no matter the format and file size, while the capacity of the devices will not be taken up at all. 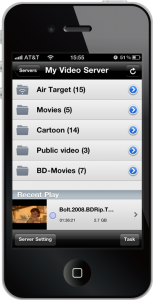 However, what’s make this Air Playit app most distinguish from other video streaming app are remote video conversion and downloading. It does all the encoding on-demand, convert video audio formats that can’t be played on device to an iPhone/iPad/iPod friendly format on the go and download them to devices via WiFi, 3G or 4G network. 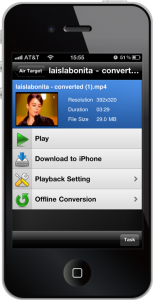 For users who don’t use Apple devices, Air Playit also comes with the ability of seamless access to video and music playlist from the Web with the built-in HTTP server. So it will become an easy task to access data in user’s computer from any remote computer or portable devices through a web browser.

Air Playit is an innovative video streaming and converting app, compatible with the iPhone/iPod touch/iPad and available in the App Store for free. The Air Playit Server software is also free for Windows and Mac OS X.

Note: The iPad version is not available until next week. Keep an eye on this.

READ:   SportsTap for the iPod Touch