iPad 3 Definitely coming in the Spring 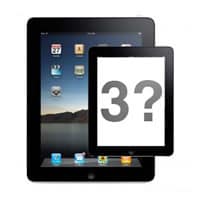 The iPad 3 is the next big device release from Apple and as with the previous 2 iPad release this one is expected to be a big one. The iPad 3 is still an unconfirmed device and at this point very little is known about it, but sources indicate that it is for sure slated to be released sometime during the spring on 2012.

The so-called inside source has not been directly identified for various reasons, but the reports indicate that it is a trustworthy source. At this point it looks like the iPad 3 will be coming out sometime in March or April, which matches up with what Apple generally tries to do with their major releases. No word on when Apple will actually announce anything about the iPad 3 but it will likely be sometime after the holiday season.