Skip to content
Homepage / ipad / You Want To Know The Reasons Why Your Ipad Gets Hot?


You Want To Know The Reasons Why Your Ipad Gets Hot? – Apple Repo, We really love iPad because in so many reasons, this enable us to do what we have to do even we are on the go. This is one of the most portable and versatile gadget these days that gadgets come in so many forms and brands, but it is honestly that iPad is one of the most reliable, so flexible that you may do multitasking, just like with any other gadgets, your iPad is also prone for overheating, such issue may crash your gadget. Apple had given the list of the iPad’s normal temperature that is 32 t0 95 degrees Fahrenheit.  It is also given that once you are using your gadget just below the freeing point, chances to happen is for it to lag just a bit but is still functioning, glad that it has its thermal protection mode, that if ever you use it with extreme temperatures,  this will give you the notice to remind you of the temperature of your gadget, this is to tell you to turn off and stop using the ipad device because it will cause damage until it will become unusable, the internal temperature of the device will also subside if the device is in its extreme hot temperature, the device’s defense mechanism to maintain the required temperature and for the protection of the lithium polymer battery. 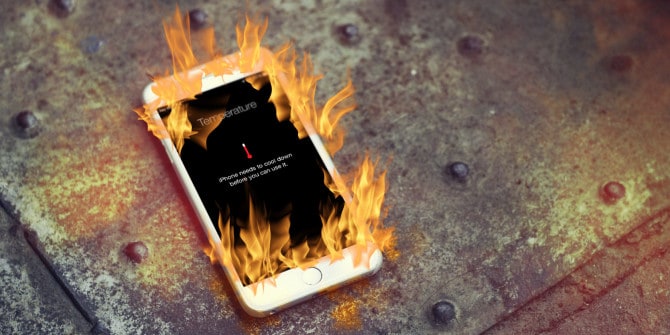 The heat problem on ipad came from various factors, first; the graphic processor which makes the graphics bump up with its quad core processor. The LTE chip used in its 4G radio and for those who have a WiFi only version, also a contributor for warming of the device.  The iPad’s display packs which is called the retina that features four times the usual number of megapixels serves as predecessor. It also have almost 36 LEDS, making the heat emitting culprit doubles the heat that is equivalent to 72 LEDS that is lighting up the retina screen. These are the possible factors to give your iPad thee unusual heat.

READ:   How to Set Up Genius on your iPod Touch

The company then did something in order to protect the ipad battery, giving you the security for your device that despite the brighter display, the company promises that the battery life of your device will still be maintained. Apple developed the thermal specifications for the assurance of your device to be maintained in its good and lasting condition. For help, you may contact apple care for you will be given articles with illustrations on what to do in order for your problem to be solved. The bottom line of this issue is that heating up of device is actually normal, this is nothing to worry about, you may minimize the use of your iPad in order to keep it from any other harm, even machines need some rest. You may also protect it with a cooler fan that will minimize the temperature, also you may detach the device with its case especially the leather and rubber made, these may also keep your device from breathing.

READ:   Why Does My iPad Keeps Crashing?