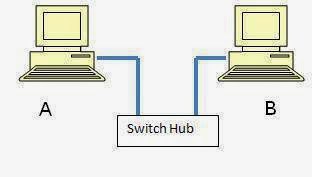 The image above is a network using Switch Hub
But that we will discuss here is a computer network without using a switch hub, so the picture is as follows: 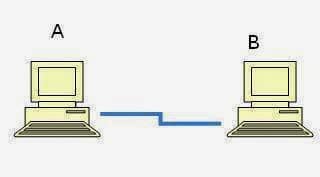 With two comparisons above two pictures hopefully clear sense here.
For cable connection would also be different, here we are using Cross Over.
How Cabling:
Prepare UTP cable and RJ 45 connector: 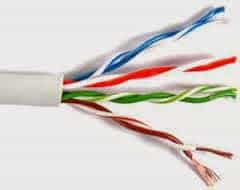 Besides this is utp 2 UTP image where each color corresponding with their partner (white color). This white couples should not be confused.
And the picture below is an RJ45 Connector pin arrangement is described along with its (his foot). 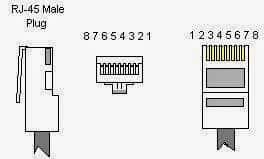 Picture below crimping tool Crimping Tool name, used to connect the cable to the network connector. 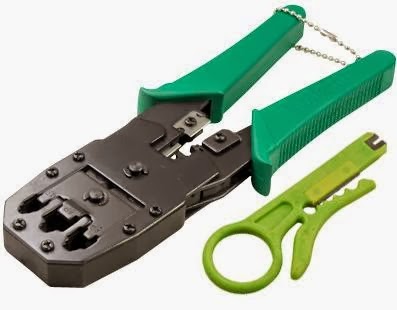 After seeing the above equipment we now turn to how the cabling. As described above we use the configuration Cross Over. But bear in mind, this configuration is only used to connect two computers directly, so the cable configuration does not work if you use a switch hub.

How to Make Computer LAN Networks
Pictured above is the configuration you have to do in the wiring. Let’s just say that the left is one end of the cable that is connected to the RJ45, color cable input sequence according to their pin numbers. That on the left is a standard arrangement.
While the right side is the end of the cable and insert the cable color sequence is also in accordance with his pin numbers. Configuration on the right is a Cross Over.
Noteworthy among the ends of the cable length should not exceed 100 meters.
After crimping both ends of the cable in the well just in pairs (Plug) to the Ethernet port on each computer. Make sure the indicator light (usually located near the Ethernet port) in the second turn on the computer.
How to Make Computer LAN Networks

READ:   Researching this magnetism of any one atom