Home » How to Delete Apps on iPad: Permanently and Temporarily 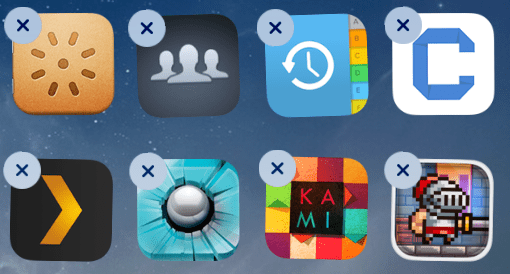 Most of the time we download and save files – be it music, games, or videos, that we sometimes end up not wanting on our iPad and thus you want know how to delete apps on iPad. There are times when we read reviews and features of ipad games perhaps we find it very promising but after downloading and installing it in your iPad you end up feeling regretful and you actually didn’t like the game. Or other times there are just some songs or videos that you previously liked a lot but after listening and watching it over and over you got tired of it and now you want to remove apps on iPad. You can actually remove apps on your iPad without having to synchronize it on your computer. How to Delete Apps on iPad: The Easy Way

READ  iPad 3 - What the rumors say

How to Delete Apps on iPad: Via iTunes

There is also a way on how to remove apps on iPad through the use of your iTunes. Simply start by selecting your device under the devices section of your iTunes and select the Apps tab. You will then see a lost of all the applications installed in your iPad. If you wish to remove an ipad app, simply de-select the app and upon synchronizing your iPad to your computer again next time you will be prompted if you wish to remove that app from the device. Just click on remove if you are decided you want to remove that app.

How to Remove Apps on iPad: Permanently Deleting

There is also a way on how to delete apps on iPad permanently had you decided you no longer want that app and you won’t want it anytime soon or ever again. Start your iTunes and under the Library category you will see the apps section. It will then show you all the icons of the applications available in your iTunes and that is also installed in your computers hard drive. Right click on the app you wish to delete and iTunes will then prompt you if you really wish to delete the app on your library and on your hard drive. Click yes on both and it will start to uninstall apps from iPad and from your computer.

How to Get Free WiFi On Your IPod Touch…

How to Get Free WiFi On Your IPod Touch Anywhere – One of the best portable media devices of the planet is the iPod...
rosari
May 7, 2020 1 min read