When the iPhone 5 was released in September 2012, there was an air of uncertainty surrounding Apple, and a lot was riding on the release of the smartphone. Was Apple starting to show signs of decline, with Samsung and other models quickly gaining in the market share? Or was it just that the loss of the great Steve Jobs left many wondering who was going to take the mantle and move the brand forward, saving the brand.

The answer came fast, and in their droves, as the iPhone 5 sold more than five million units on its opening weekend alone, far surpassing the 4 and 4S launches that preceded it. Now that the dust has settled on the 5 model, it’s time to get speculating and excited all over again, as the iPhone 5S is set for release in the near future, with speculative dates being as early as July and others later in the year.

A Stop-Gap Before the iPhone 6 or a Stand-Alone Classic?

The iPhone 5 sold tremendously but it is safe to say that it aged quickly because of the new models from the competition that were released in its wake. But what Apple do so brilliantly with their products is create brand trust, and this trust has been built over a decade or more. The release of the 5S might not set the world alight like the first generation iPhone once did, but you can guarantee it’ll be a good piece of kit that will sell out quicker than a Justin Bieber concert.

What Apple have done brilliantly is instead of trying to reinvent the wheel each time out, they create a better version of the wheel, and in the iPhone’s case, that means by creating a smaller, lighter model with upgraded software that makes all the apps, maps, games and internet run smoothly and with speed. There have been struggles along the way – most recently with the iOS6 maps – but Apple came through it and people are excited to see what’s next.

That brings us to the next point: What is next? There have been rumours that the new features of the iPhone 5S will include a better camera and faster processor, something that has become common in Apple’s past ‘S’ upgrades. iOS7 and a Super HD screen display with Retina+ Sharp IGZO are being talked about, but as much in relation to the iPhone 6 as the 5S. It could be that the 5S could be to try out some of these upgrades before hitting us full power with the iPhone 6 release. If this is so, it could be a missed opportunity for Apple. However, news that the 5S could have double the screen resolution of the iPhone 5 will not go unnoticed by fans. Going from 727,040 pixels to 1.5 million pixels is a pretty significant improvement, and it will look absolutely stunning.

READ:   The Game Changer: How The New IPhone 5S Will Affect Our Communication

What’s going on with the Competition? 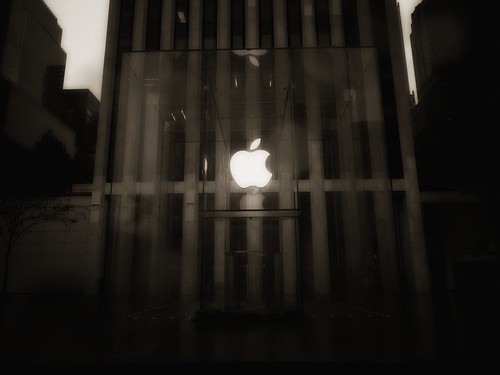 The competitions for the coming year are all extremely strong contenders, and the market is getting tougher year after year. Apple’s stronghold depends on whether they can release a product that can surpass the likes of the Samsung Galaxy S4, Sony Xperia Z and HTC One, which are all gathering momentum and praise from the tech world. Apple can no longer rely on their name and the trust of their core fan base to keep their #1 spot. The 5S needs to be something special, and the iPhone 6 needs to be something spectacular. Apple changed the game when the first iPhone was released. Now they need a game changer again, more now than ever.

READ:   Top Lessons Every Business Should Learn From Apple And IPhone 5c And 5s

Author: Jenny Ann produced this article for you. Many times Jen uses her iPhone 5 for international calls through the dialtosave.co.uk services! What iPhone version do you have and will you be investing in the next generation of iPhones and for what purpose?