Skip to content
Homepage / iPhone / The Game Changer: How The New IPhone 5S Will Affect Our Communication


The iPhone5s is reportedly coming out with a lot of new features that could really change the field. The changes include more social media, faster processing speed and so on. Many people have wondered whether all of these features this is really necessary. This also brings up a lot of questions about how the increasing state of technological progress will change the state of human communication. 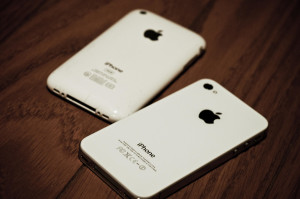 The new chip for the iPhone5S, called the A7, will actually be 64 bit. This means that it will have the same technology as operating systems like the one in the regular PC Windows 8. It literally is looking like a desktop computer in the palm of your hand. The entire software package for the new iPhone is all focused on the 64 bit OS too, so it’s not like it’s going to be totally redundant. This is at least one answer Apple enthusiasts can give to people who really wonder whether having a 64 bit chip in a smartphone is really necessary or just a waste of time and resources. The chip is twice as fast as the previous chip, making people wonder what applications really require the new iPhone to be twice as fast as the previous chip.

This tech upgrade adds a lot to the table as well. It can capture motion data from the gyroscope, compass, and accelerometer that are inside the phone. This means that the M7 can do a lot of things that the A7 would normally have to do by itself. The result is that he battery load goes down and your phone lasts longer. It’s interesting to wonder just how much battery power is required, and whether people really need to go for 24 hours or longer without charging their phone. Is this a trend towards even more time spent on a phone throughout the day then we do now?

The M7 can also detect many things automatically. It can tell when you’re driving or walking on foot, for example, so it will change its default navigation mode accordingly.  It also knows if you’re driving in a vehicle so your WiFi won’t automatically turn on and you might stick with something else like a business VoIP instead.

One interesting feature of the new iPhone is the fingerprint scanner. This technology was developed to address concerns that typing in a passkey or using an unlock sequence just was too much a hassle when you have to access a phone several times a day. As a result, you can now press your finger into the home button for an instant unlock that’s keyed to your unique fingerprint signature. You can even use your fingerprint for other things too, such as purchasing things from iTunes, the Apps Store, iBooks and so on. You can just press your finger into the right part of the screen and presto, instant purchase. You can use the Touch ID system to add your friends and family too, so they can also use your phone, but no one else will be able to do so. This is part of a trend towards increased security that includes the recent development on Android that lets you unlock with your face. In the future, we may see more and more security measures that limit and shape communication.

The new iSight upgrade showcases new possibilities with the iPhone’s camera. The sensor is larger and so are the pixels. There’s even a 10 photos per second mode that’s smart enough to help you choose which photos you’ll like the most.

The future is trending towards smart machines taking care of more and more of our communication for us, and that may bring up some questions about how we feel about this as a species.

This is a post by Ashley Williamson. Ashley is a freelance writer and an occasional guest-blogger interested in tech and business related topcsi. When she is not working she likes to travel and do yoga. If you have any question feel free to leave a comment.