Super Monkey Ball as a series seems like a very easy application to selll on the iPhone, given its twitch-balancing, monkey rolling action. Even though this iphone game originated from a franchise that was produced for consoles which has been around for more than ten years, the concept of the game feels like it had been specifically developed for the iPhone. This series seemed like it was just waiting to find the perfect platform on which to release it.

Super Monkey Ball was available for sale last year along with the launch of the App store, the results left a lot to be desired. The controls were poor and the visuals are not appeasing at all. But now, after eighteen months, Super Monkey Ball 2 ipod touch game has been released and it seems like a much better game which is far closer to delivering what was expected from the first installment. 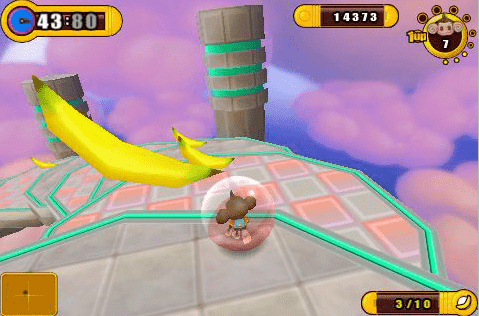 The objective of the this super monkey ball 2 iphone app is to help a monkey that is trapped inside a ball to get to the exit without letting it roll off of the playing area. There are a large number of well designed and wild environments for you to navigate using tilt to control your movements. The game is mostly based on momentum and thus you will have to ensure that you move at a speed that is controllable at all times to ensure you can make it to the end without falling off.

Even though this ipod touch game too is not perfect, it is far better than the last one. The game uses 3D graphics and looks a lot like Gamecube games. The characters as well as the environment look quite like their console counterparts. Considering that the last game looked a lot like a bonus stage from the Sonic 2 game, this installment of the game is a much welcomed addition to the series.

See also  Where You Can Find Rock Music Game for iPhone?