Fix Google Maps Not Working on iPhone – Google Maps is one of the most popular map applications used on iPhone. However, some users have been reporting that Google Maps is not working on their iPhone. This problem may be caused by several different factors, such as outdated software or incorrect settings. In this article, we will explore some of the possible solutions to this problem.

Read: Fix A Server With the Specified Hostname Could Not Be Found iPhone Maps

There are a number of reasons why your iPhone might not be responding when you try to open Google Maps. One possibility is that you have a weak or no signal. Another reason could be that Google Maps is not installed properly on your phone. If neither of those seem to be the issue, try restarting your phone or updating the app. If none of these solutions work, there may be a problem with your phone’s settings. 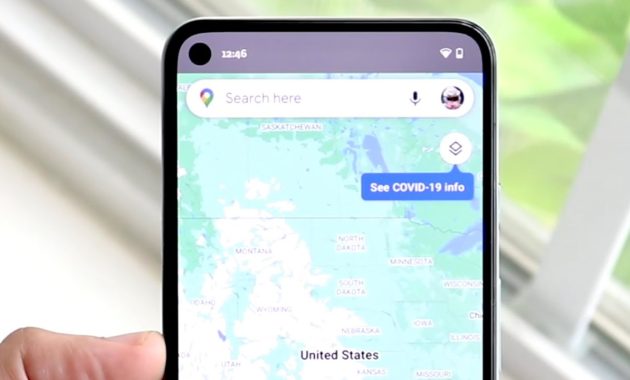 How to Fix Google Maps Not Working on iPhone

Many people have experienced this frustrating problem: Google Maps is not working on their iPhone. This happens when you try to open the app and the screen just goes blank. It’s a common issue that plagues iPhone users, but it’s easy to fix.

Check if there any Update for the Google Maps App

The first thing you should do is make sure that you have the latest version of the app installed on your device. You can check to see if a new update is available by opening the App Store and tapping on the Updates tab. If an update is available, you will see a button that says “Update.

This particular issue may be also related to the pending update of Google Maps application in the App store.

If you’re having trouble getting Google Maps to work on your iPhone, there are a few things you can check. The first is your internet connection, Make sure that you are connected to the internet and that your data or Wi-Fi is turned on and that your signal is strong.

And if it’s telling you that your internet connection is too slow, then you might want to check your connection speed.

The google maps that’s not responding on your iphone might be resolved by switching off and on the airplane mode feature. The feature can be turned on and off within a few seconds.

Turn on your iPhone Location Service

If you’re working with an older version of iOS and your iPhone Google Maps stops working, it may be since you’re working with an outdated iPhone system version. Make sure that you regularly update your phone’s operating system so you can find and set up newly discovered settings. You may also update your phone’s operating system through Settings > General > Software Update, or with the integrated USB for a direct software update.

Another Ways to Fix Google Maps not responding on Iphone

Finally, if nothing works, the user can try resetting the network settings of the iPhone. This is how the issue of Google maps not working iPhone can be resolved.