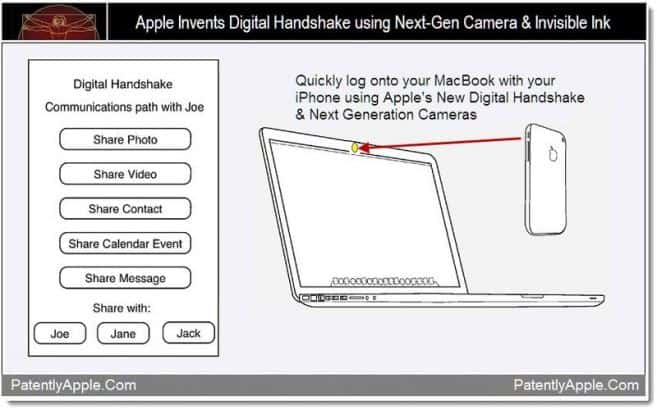 According to a patent discovered this week Apple is now in the process of developing a so called “handshake” system which will allow users to quickly and easily use an iOS device to log in to their MacBook or other Mac computer. This system would also allow users to share photos, video, and other pieces of data with their computer all wirelessly; this is a fairly new technology and if Apple manages to develop it well it will surely become of the hottest features yet.

The system is also remarkably simple, using a simple data packet two devices can quickly and easily identify each other and begin the necessary process of wireless sharing. By doing this the two devices will become connected for basically any of the user’s needs and the wireless connection will reportedly be very secure as well so there is no concern there.