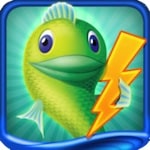 Yesterday we reported on Apple’s new subscription based purchase system which gave users unlimited access to certain applications from certain developers. The program was completely new as of yesterday and for one reason or another Apple has once again changed their mind on subscription based app distribution.