It has been three years since the Apple iPhone first launched in the market and the buzz remains as loud as when it first came about. Indeed, people can’t help talking about these devices that has innovated the standard of cell phone technology. And before people can even get enough of the previous model, a new Apple iPhone 3G 32GB model is already on the way. Should this new model give you some reason to be excited? Find out more below. 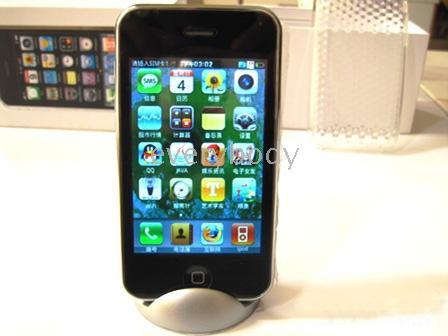 In a lot of ways, the Apple iPhone 3G 32 GB has been able to live up to its promise. First off, one couldn’t let pass the detail about the battery life that was able to withstand even a day’s use, which is something not plausible with previous iPhone models. There are some issues that raise concern though, especially with the full implementation of an AT&T 3G network scheduled soon, which should help to improve on the current performance of the brand’s phone models in the market.

If you haven’t got yourself an iPhone yet, then it surely makes sense to go and grab the Apple iPhone 3G 32GB. For currently iPhone 3G owners though, you can look into possibly getting an upgrade although the price for that is currently not fixed yet. It is unclear though whether the design and interface of the new Apple iPhone 3G 32GB model’s similarity to the previous model is something to delight about or raise concern. You have choices for either white or black model though, but those are all choices you have.

The Apple iPhone 3G 32GB has inherited a lot of features from its predecessor, so it would be best to focus your attention on what was added. The camera isn’t all great though, lacking some features that would have been essential such as self-timer, digital zoom, and white balance, among others. However, it comes with a 3 megapixel resolution, Tap to Focus, and the new automatic macro setting to produce higher quality close-up shots.

If you are looking to get yourself an Apple iPhone 3G 32GB, here are some of the highlights to the feature that you can enjoy:

• Aside from the usual cell phone features you’d expect, it also packs a lot of multimedia, messaging, voice dialing, and video recording features for a more efficient communication device.
• Despite the number of applications, this phone runs quite faster than most of its counterparts and there are minimal lags experienced.
• It exhibits a relatively long battery life, which allows you to enjoy using it over long hours non-stop.
• Its multimedia features make this device a combination of multiple multimedia tools or gadgets in one.

While there are a few shining moments for Apple iPhone 3G 32GB, there are also a few drawbacks to it that include the following:

• Despite coming up with a new model, this iPhone shows no improvement to the call quality in comparison to its predecessor.
• It also comes with an uneven and problematic 3G signal reception.
• As much as it features a lot of applications, it still lacks a few basic ones like USB transfer and storage, Flash Light, and other multitasking tools.

Sadly though, as impressive as the Apple iPhone 3G 32GB seems at first sight, it does not make a giant leap in terms of defining itself and making a distinction over the first-generation iPhone models. However, several users will find the handset upgrade a compelling one. There are also bright aspects to this phone model though such as faster performance, addition of new and interactive features, as well as a reliable battery life.