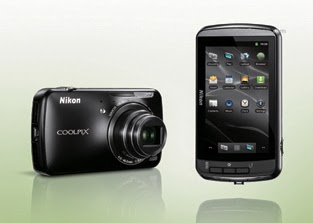 Tips on Smartphone Camera Function Optimization – Photography enthusiasts becoming increasingly growing, photographing gadgets that support activities are also increasingly sophisticated and not only dominated compact cameras, DSLR cameras, mirrorless cameras and a variety of other premium. Significant developments also happened to the smartphone’s camera is ready to pamper users with a variety of features and sophistication possessed.
Taking pictures with a smartphone is fairly practical because wherever you will always carry your cell phone, if you do not understand the optimal use of the cell phone camera would also be less satisfactory result.

Taking pictures with a smartphone camera can be put on one of the things that can be quite challenging for some people. This is because, the camera features that are provided there as on a digital camera. But there are some tricks to optimize the function of the camera which is owned by a smartphone.

Tips on Smartphone Camera Function Optimization – Check out our tips and tricks this time, which discusses the optimization of the smartphone camera, may be useful for you:
High Dynamic Range (HDR)Most smartphones today already have the option or feature HDR. When you use the HDR feature, then your camera is already taking three photos with three different exposure, ie, low, standard, and high. Then the program on your phone will bring together three photos before and make sharper images.Tips on use of HDR:
Remote ShutterIn all smart phones, a physical shutter button has been replaced with a digital keypad. But you realize it or not, the digital switch can be replaced with actual physical buttons.On iOS and Android smartphones generally can take pictures by pressing the volume button. But for the Samsung Galaxy S4 and LG G Flex, you only need to say “Chesse” to take pictures without pressing the required button though.
Burst ModeDetermining the right time, of course, would be a fairly difficult thing to take a picture. But it would be smart to use burst mode feature. This feature alone has been available on any smart phone on the market today.
Each phone also has a different function:
Lock the focus and exposurePhotographing moving objects is one of the tough challenges in taking pictures using a smartphone. Because the focus of this phone will change, depending on the object being moved. But there is one good way that can make our phone camera to keep focus and exposure under control.
You live to tap and hold the screen in one object alone. After that, the focus and exposure will not change, even though the object that you shoot on the move.
Similarly, we can describe the information, hopefully what we have presented can be useful and add to our knowledge together
Tips on Smartphone Camera Function Optimization
READ  10 Android tips and tricks that you must know
rosari
« How to Disable SMS on Android
How to Make Your Own Android Applications »

How to Easily Install Android Apps On Blackberry

10 Android tips and tricks that you must know