Okay, so I know I said in my post last Friday that that was the last of the posts about Steve Jobs, but with further reflection, five posts, even ten, or twenty would never be enough to honor one of the greatest inventors in history, right? In any case, here is another post about Steve Jobs, and his relation and contribution to education.

There is a post last week which talked about how inspiring his life was, and about his struggles in life. If you haven’t read that post yet, here it is in a capsule. So Steve, being conceived by his mother who wasn’t ready yet is an unwanted baby, but instead of getting him aborted (thank God that he wasn’t aborted), he was put up for adoption. The parents who adopted him weren’t the wealthiest parents in the world, in fact they were financially challenged. In other words, Steve grew up as a broke child. After finishing high school, he went to Reed College, but he discontinued his education and decided to drop out instead. He decided it would be the best for his family since his parents are going to lose all of their savings just to get him to finish college, that is, if they can. 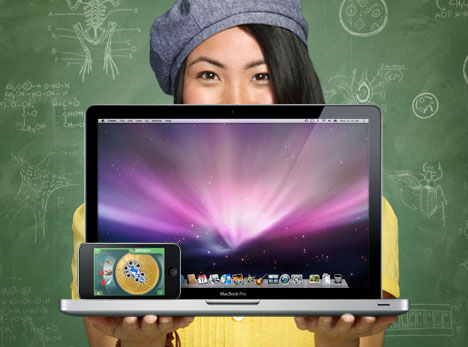 So Steve dropped out, but he didn’t dropped out entirely. Not long after, he went back to college and enrolled subjects one by one – picking out only those that sparked his interest. Meaning, he took subjects even if they’re not in his curriculum. It wasn’t that easy because he didn’t have any space to stay and he had to work hard if he wants to eat. In the end, he didn’t graduate, He went on with his life, contented with what he has learned, until Wozniak came and invited him to become a partner for Apple. The rest, they say is history.

You can see in his life that his view on education is not the same as others. While a lot of people, especially today values the diploma, Steve on the other hand went for the ideal side and valued education for what he learns from it, regardless if he’s going to get a diploma or anything in return for it.

He focused on what he want to learn, not what his parents want him to learn, and especially not the job and career that it offers after college. No, Steve didn’t focus on those things. If he did, then he would’ve worked hard, no matter what just to finish college. It’s in his character. He is not the type who gives up.

Now, we’re not saying you should drop out from school altogether and be like Steve just because you got inspired with his life. No, we’re talking bout the complete opposite. One of the reasons why Steve dropped out is that studying other subjects were just too tiring for him because they weren’t interesting enough for him. That’s why he felt his parents were wasting precious money for him. Today, in the world of technology in which he contributed a lot, he has made education more interesting and more appealing to students. Especially through his iDevices and the different apps that it contain. He worked hard so that education would become easier. Let’s not throw that away, and let’s show him from wherever he is right now, that we’re valuing his work through valuing our education.